A LETTER OF APPRECIATION

Manuel Darson and family would like to thank each and everyone of you for your support and generous donation during his journey to the World Championship.

I am pleased to report that Manuel finished on the top 5. We are very happy with his performance. He beat out 28 other delgates from around the world who were mostly older and bigger than him. He is very motivated to try again in 2 years for the 2015 World Championship in Italy. Manuel exceeded his personal goal for this Championship. As this is his first World Tournament, he was understandably nervous. He is glad that after all the training out in the cold, he was able to perform better than he expected. All competitors were complaining that the boards where extra hard yet Darson still performed excellently. Manuel broke 7 boards with no red flags (no errors on balance, technique and attacking tool) which is equivalent to 21 points out of a possible 33. A lot of people were really impressed that he had so much power in such a small frame. On November 17, Darson accepted a Maharlika Special Award for Sports from the Filipino Canadian Cultural Heritage Society for the honour he gave to the Philippines by representing the Filipino prowess in the International scene. We, his very proud parents, appreciate all your love and support. 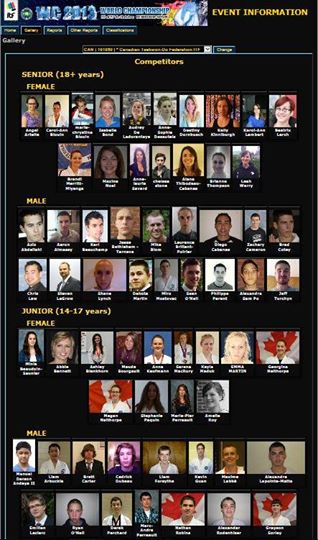