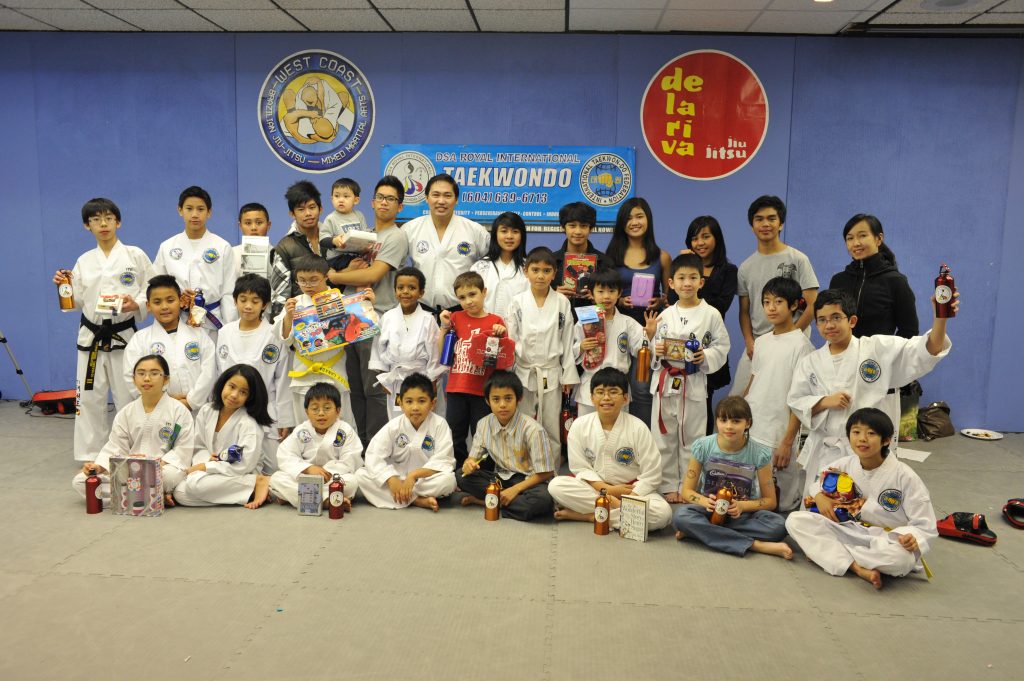 Thank you very much for all the parents and friends who attended our 2nd Skills Demonstration and shared some of their favorite dishes. Thanks Mr. Chris Law for coming in and showing support to our students.

The Annual Skill Demo was introduced in order to show parents what their children have learned throughout the year. Much like a music recital, or an art exhibit, the demo gives the student a chance to show off their skills (which under normal circumstances) they cannot do anywhere else. Students who won competitions during the year are also honoured by announcing their current titles or medals received.

After the bow-in, recital of the oath and a quick warm up, demo started with Alex, Danayee, Glen and Jay  showing their basic fundamental movements, followed by a team pattern (Chonji) by Jared,  Christopher, and Hikaru.

Roanna and Edgar, was next and delivered an exciting prearranged sparring.

Kharl was fierce as he demonstrated self-defense against three opponents (including a slow-motion.)

Next, was a team pattern (DoSan by Nicholas, Qishin, Xiang Wei and Sue.

As an intermission, Roanna sang My grown-up christmas wish.

Mr. A demonstrated self-defense against a knifeattack or gun.

The yellow belts consisting of Andrea, Jeremy, Benjamin, Raymond, Renato and Philip, stood up to do their version of Danggun.

Next was a breaking demo of various techniques by Alex, Christopher, Hikaru, Nicholas, Jared, Darryl, Rustin, Roni, and Andrea.

Eleazar followed by jumping off a wall breaking a board with a jumping turning kick and a reverse turning kick to another board.

Sue did a one leg fast break with a turning kick, hook kick and side kick.

Ethan broke boards with a split kick followed by a middle punch.

Dana did a one hand cart wheel followed by a double reverse knifehand strikes.

Mr. A and Mr. Andaya finished up with a prearranged sparring.

The demo was followed by a great dinner, photo ops and fun games for the kids as we say goodbye to 2010.

SEE YOU NEXT YEAR! 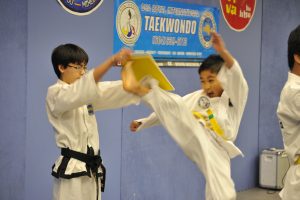 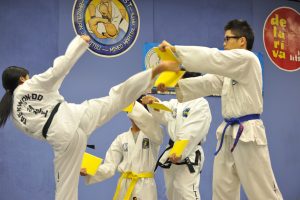 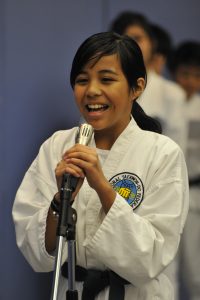 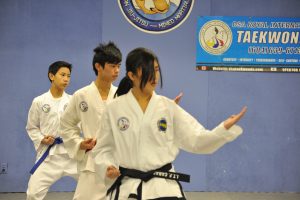 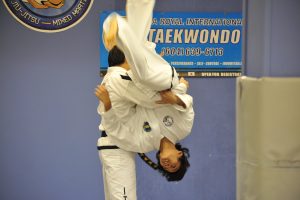 Run up for Downsyndrome

On August 1 ,2018, Students, Instructors and family members of DSATaekwondo participated at the Summer Fundraiser of DSRF called the RUN up FOR DOWNSYNDROME. It was a great day to do something good and support Read more…

Run Up for Down Syndrome

Watch our Demo at the Run Up for Down Syndrome last June 3! It was led by Darryl, our first Special Needs Black Belt, and supported by his friends and instructors. A huge thank you Read more…